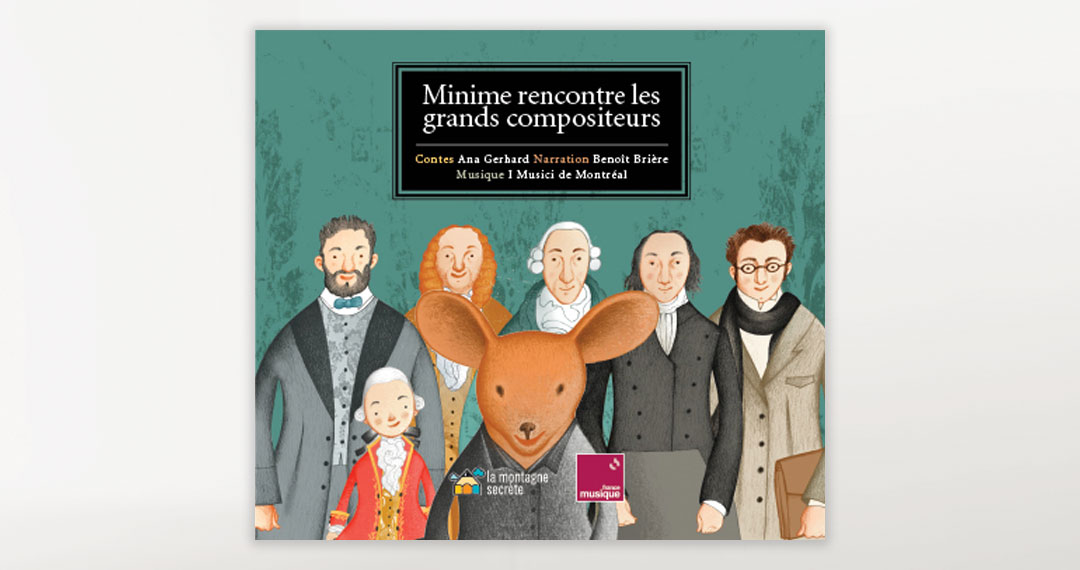 Listen to an excerpt

Travel through time following a charming little mouse called Minim who loves cheese and music.  Based on true events, the six stories narrated in French focus on the lives of Haydn, Mozart, Paganini, Schubert, Tchaikovsky and Vivaldi, introducing children to the wonders of classical music.  The music is performed by the chamber orchestra I Musici de Montréal.

Ana Gerhard studied as a concert pianist at the Mexican National Conservatory. She has taught piano for several years and has hosted numerous radio programs dedicated to the promotion of classical music. Her previous works on introducing classical music to children have all received a Parents’ Choice Award in the US.

Founded in 1983, I Musici de Montréal is a chamber orchestra of 15 musicians that performs a vast repertoire extending from baroque to contemporary. The ensemble has released more than 40 recordings and presents a busy schedule of over 100 concerts per season throughout the world.

With his undeniable comic gifts, Benoît Brière quickly became a favourite with the general public in Québec for the many characters that he created in a long series of television commercials for Bell Canada (more than 140 over 14 years). At the same time, he has pursued a career in Québec theatre, films and television. His movie credits include “Séraphin, un homme et son péché”, “Joyeux Calvaire” and most notably “La Grande Séduction”.

CD containing 6 narrated stories with music (82 minutes) and a code to download MP3 files of the recordings.

Bertie and Friends Hit the Road!